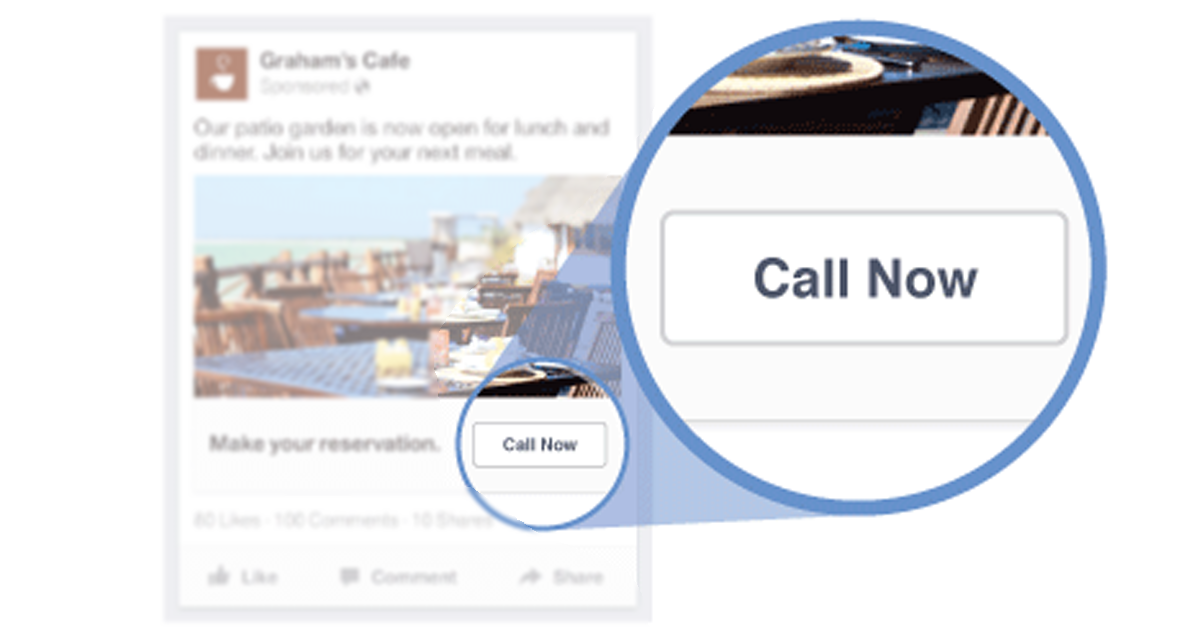 They also added a new call-to-action button for News Feed ads: a “Call Now” button that enables people to telephone a business directly from the News Feed ad. Mobile customers who tap the button are re-directed to their phone dialer, which they can click to call the business.

The new feature is part of Facebook’s “local awareness” objective, which the company launched in October 2014 and bills as its first advertising objective created explicitly for local businesses.

Previously, businesses were able to include Like buttons for their Page and “Get Directions” button that loads the mobile phone’s mapping application and guides people to a location.

The ads, which can now be created directly from Facebook Pages, offer the ability to target people when they are near your business or who live in the vicinity. Facebook says such ads reach “more people in your area per dollar spent than with any other kind of advertising, including newspaper or direct mail.”

If you need help in reaching tons of new dental patients on Facebook, feel free to call me at 775-830-2166 and I can show you how.